Barbecue was once a Southern food with a national fan base. Now it’s a national food with Southern roots. Now barbecue has a future as well as a past.” – John T. Edge. 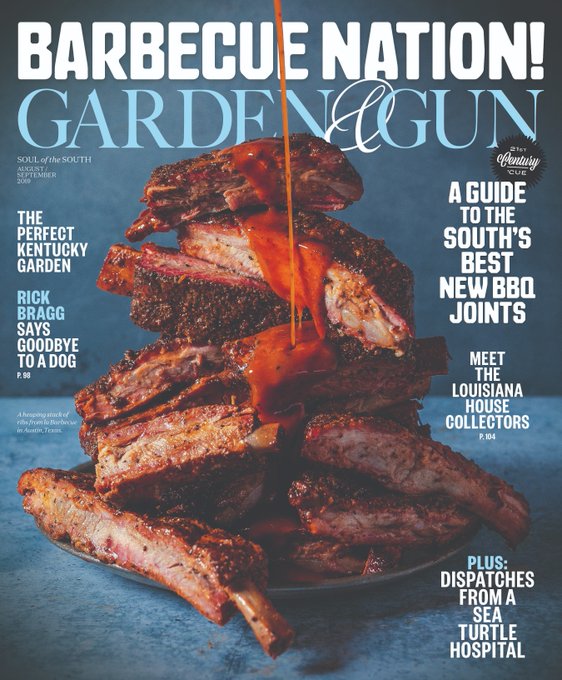 Food & Wine loves the new smoked burgers found across Texas, especially those at LeRoy & Lewis and Valentina’s in Austin, Smokin’ Moon in Pharr, and Heim Barbecue in Fort Worth.

Evan LeRoy shared some details of the LeRoy & Lewis Barbecue brick-and-mortarthat’s in the works.

“I am not always seeking BBQ, but BBQ is always there.” – Kelly Yandell, in her writing about the influence that barbecue—from Wichita Falls to Dallas to Lexington—has had on her life.

Southern Smoke has announced its talent line-up, including plenty of pitmasters, for its October 6 event. Tickets go on sale August 9.

Smoked is returning to Dallas for yet another year of barbecue consumption on September 21.

Tickets are on sale for the Meat Fight 1K (not a misprint) in McKinney on August 11, where there’ll be a full kilometer of beer and meat.

Banger’s in Austin will celebrate its seventh anniversary on August 3 with a sausage-stuffed pig and a whole hog from Evan LeRoy.

The Dallas Observer loved the smoked turkey and brisket taco at Flores BBQ, which recently moved from Whitney to a food truck in Fort Worth.

H2Oak will bring barbecue and a mac and cheese bar to downtown Denton this fall.

Top 5 BBQ in DeSoto had to close, but owners Kendon and Davetta Greene are now serving out of the KG’s Pitmaster BBQ food truck.

Derek Allan’s Texas BBQ might be the newest barbecue joint in Fort Worth, but owners Derek and Brittany Crudgington have been in the smoked-meat business far longer. They ran a food truck, Don’t Mess With Texas BBQ, in a the parking lot of a Best Buy in Grapevine for two years. It closed in 2017 […]

Mark Avalos has been an innovator since he opened his Sugar Shack BBQ trailer in Austin in 2006. Back when pulled pork remained a rarity in Texas, he was selling it on a sandwich with coleslaw on top. “The Notorious P.I.G.,” as he dubbed it, doesn’t seem all that odd now, but it was then […]